September 07, 2017
Why Owning Companies with Visionary CEO’s Should be a Mandatory Part of Your Investment Strategy 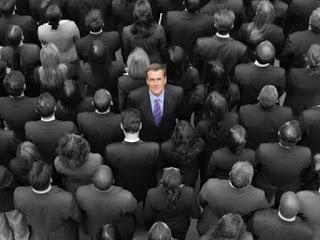 Once upon a time, there was a company known as Blockbuster. This company was the undisputed ruler of the vast kingdom of Videoland. On a daily basis, the inhabitants of Videoland would travel from far and wide to visit Blockbuster, and pay financial homage to its sovereign right to provide them with videos. Now, every now and then, other companies would rise to challenge Blockbuster, but with its vast network of fiefdoms spread throughout the kingdom, they could never amass enough traction to pose it any serious threat. Blockbuster would charge outrageous fees to the inhabitants if they kept their videos beyond the agreed upon time period, and during the period prior to dvd’s, would even charge them if they failed to rewind their videos before returning them! The people would grumble from time to time about these fees, but upon realizing that they had very few choices to consider, would simply comply with its mandates and continue to travel to Blockbuster for all their video needs.

One day, a man named Reed arrived in Videoland. He began to analyze these fees that Blockbuster was imposing on the inhabitants, and saw an opportunity to offer a significant alternative. Reed realized that he would not be able to compete with Blockbuster in the same way that the other companies tried to do, but would instead use the Internet to place his videos, and then charge the inhabitants a small monthly fee to view all the videos that they wanted, for as long a period as they so desired. This new approach was both welcomed and accepted by the populance, and within a few short years, the tyrannical regime of Blockbuster came to an end, and in celebration of their liberation, the residents of Videoland changed its name to what is now known as…Netflix.

The moral of our story? Investing in companies with visionary CEO’s is a crucial component to having a successful portfolio. And conversely, doing so with those without one, can contribute quite handsomely to its downfall. Blockbuster’s CEO’s blockbuster failure to acknowledge the changing technological landscape, will forever place him as a primary case study of what can happen, when you allow the dominance of your position to blur your companies’ vision. It also serves as a staunch reminder to all those corporations out there, who fail to adhere to the lessons of the past, and continue focusing their attention on the ways in which things have always been, instead of looking forward, and envisioning what they actually could be.

Visions of Success (and Failure)

When the Dow Jones Industrial Average was first comprised in 1896, it included the names of 12 stocks, out of which only one still remains in its original form: General Electric. The difference between General Electric and U.S. Leather’s of the early Dow, is that the survivor’s leadership team was able to look beyond the horizon and diversify itself for the future, while the others remained committed to their original monopolistic business models of the past. The legacy of former G.E. executives like Thomas Edison or Jack Welch, is that they guided their companies with an eye to the future, and never allowed their current or past successes to mar that perception. The result of this vision, was that the investors who purchased shares of General Electric during their tenure enjoyed consistently reliable growth for their portfolios, and those who instead invested in those now defunct corporations, suffered an all too different reality.

The ability to break with convention and chart a new path is a unique talent to possess, especially in the conservative blue-blooded culture of corporate America. Most CEO’s are content to follow in the ways of the past, and to steer free of innovative ideas or directions, which is why the demise of Blockbuster is but one of many similar tales which can be told within our corporate history. This is why visionary leaders are so rare, and possess such an outstanding performance record throughout their tenure. This is also why companies which hire them should be considered as a long-term holding within your portfolio. While others remain wary to “rock the boat” with dismissals of thoughts of ground breaking possibilities, the visionaries are prone to embrace the challenge of change, and investors have consistently been rewarded by their willingness to do so.