There are no shortages of ways used by investors to determine stock selection. From the tedious, cerebral methods designed and implemented by professionals, to the haphazard, emotional decisions deployed by novices, the industry has a never ending source of criterion by which to choose from. And the list expands annually as an abundance of new approaches joins the nomenclature, and make their often-hyped evaluative debut.

But despite all these available concoctions, the vast majority of investors (including professionals), fail to annually outperform the S&P 500 Index. This, of course, not only points to the formidable challenge which this grouping obviously represents, but also highlights the need of bringing differing views to the selection process; some which aren't tainted by the biases and perspectives which are generally rendered by those who consistently fail to surpass it.

With this reality being front and center, I'll attempt to offer an explanation as to why novel ideas should be considered when deciding which stocks to purchase within your investment portfolio. As a defensive addendum to this endeavor (in the event that I fail to achieve the stated objective), you can always resign to the fail-safe position of simply reverting back to whatever methods you were employing prior to your reading of this article. Or, to perhaps more wisely, purchasing the venerable, aforementioned S&P 500 Index, instead.

Regardless of how well conceived an established criterion may be, its primary fault, ironically, is its own success. Once a particular method has proved successful, its utility tends to spread like wildfire, and this mass adoption can diminish the returns of those practicing the processes of its selective criteria. Instead of becoming a victim of this copycat syndrome, why not attempt to devise methods of your own to pursue your goals of selection? By initially purchasing minute shares over specified allotments of time, and recording your failure/success rate, you can establish a solid data set by which to evaluate your theories. And in the event that you happen upon a methodology that proves successful, you won't have to concern yourself with others mimicking your design, or the processes which lead to their profitable conclusions.

Many common problems can, and often do, benefit from fresh perspectives being provided by those with alternative views. An outsider's opinions can shed light on areas which established eyes may fail to see, and these aspects can 'loosen the soil' so that wider, more fertile ideologies can take root. This is where your inexperience as a stock theorist can come into play. Feel free to explore your creativity to the depths of its limitations, and challenge yourself to try out methods which may take you out of your customary comfort zones. These sparks of innovation may spawn pathways that could ultimately lead to surprising conclusions, and may even provide you with results which are equal to, or may even surpass, many of the methods you are currently using.

We could all, from time to time, use a bit of novelty in our lives to get the old neurons firing in new areas. I recall as a child devising a trick whereby I'd take familiar objects and describe them in as vague a manner as possible, then attempt to imagine what the new item would look like if I had to create one, now that I've stripped away all superfluous references by which to identify it with. Would "a devise required to transport individuals from one place to another" (an automobile) have three wheels instead of four, or none at all? And what means of propulsion would it possess? These thought experiments forced me to constantly think differently about the world around me, and certainly contributed to my successes later in life. When we alter our perspectives, and revisit them with eyes anew, we can foster the creation of diverse, and oftentimes more successful ideas. Including those which can help us to better compete with the S&P 500 Index.

(Anthony Rhodes is the owner of wealth management firm The Planning Perspective www.theplanningperspective.com. Do not reproduce without permission.) 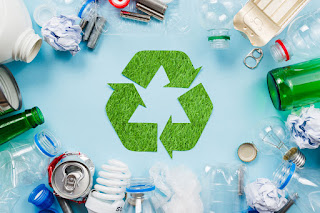 New Eco-Friendly Products Could Help Save the Planet and Our Natural Resources, While at the Same Time Growing Your Portfolio By Anthony Rhodes In order to truly combat the effects of climate change, and the resulting implications which it has on the ecology, I have always been of the opinion that it's best to appeal to the more practical side of mankind's nature. This is the portion which has been honed over eons as strictly pure rationality, and is predicated on the immediate gratification which has grown from the benefits which it has long generated. Confronting the topic from this angle is far more likely to be accepted, as it ultimately addresses the elephant in the room which often tends to be avoided. It being, that our lives are finite, and as a result, our interests myopic, so beginning a conversation about long-term rewards, while sacrificing immediate gains, predictably tends to fall upon deaf ears. This point of view is finally being shared by the scientific commu