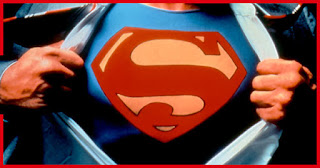 The Intertwining Triad of Vegetarian Diets, Enhanced Physical Activity and Celebrated Mental Acuity Could Usher in a New Phase of Human Evolution, with Investors Along for the Ride

Somewhere Nietzsche is smiling. His foretelling of a coming "ubermensch" may be closer to realization (though not exactly in the manner in which he envisioned), as mankind appears to be on the cusp of a biological revolution.

Within this new construct, smart devices monitor our physical activities, and provide guidance on how they can be improved upon. Torrential demand for organic foods is altering our farming and eating habits, resulting in less animal byproducts and chemical toxicities entering our bodies. And the term "nerd", which was itself created as a slight for intelligent, socially awkward individuals, is not only being embraced by a new and evolving citizenry, but celebrated, as a large swath of the public now highlight its traits as attractive, sought after characteristics for dating, something previous generations couldn't even imagine doing.

For the investor, the implications of this transition is obvious, as each of these categories have representations within our investing products. But the truly savvy has moved beyond viewing these groups through individual lenses, and have begun to incorporate them into a new 'super sector' of human evolution, with bio-tech and pharmaceuticals rounding out its participants. The tracking of this cluster has untold potential for growth, as we are only entering the beginning stages of realizing what it could eventually become.

There are very few areas of our lives which today's technology has not touched, and physical fitness is no exception. Gone are the days when information regarding the best practices for strength and cardio needed to be siphoned from personal trainers or exercise magazines. Those interested in such data can now simply turn on their smart phones and be provided with targeted regiments for whatever body type he or she would like to possess, with matching nutritional guidelines accumulated by the brightest minds on the subject, delivered through artificial intelligence driven algorithms.

The many benefits of a vegetarian diet has long been known, but the health conscious wave we are currently experiencing seems primed to move it beyond the niche population which has historically practiced its religion. With those who identify as being "vegetarian" or "vegan" steadily on the rise, the manufacturers of our foods are shifting their production to more healthy alternatives, with the results being exponential growth of the category having been experienced in recent years. What's different about this transition, however, and why I believe it's here to stay, is that the traditional definition of what "vegetarian fare" used to be has over-gone a modern makeover of extraordinary proportions. Today, my fellow veggies can enjoy burgers, that actually tastes like burgers, and pizza, which actually taste like pizza, while at the same time receiving the health benefits which are consistent and aligned with an overall plant based diet.

The historical view of the 98 pound be-speckled nerd is no more. Sure, many still wear glasses, but far more do so for purposes of fashion or self-expression, rather than a result of diminished eyesight. Today, a nerd is just as likely to be a physical specimen, as a theoretical physicist, and this truth bodes well for mankind, as a whole. Historically speaking, highly intelligent individuals have often experienced very low birth rates, due in large parts to the eccentricities which are inherent to their unique nature. These attributes often make physical interactions with others a bit difficult, which naturally reduces their mating options. But today's nerds have become empowered by television shows which reward their brilliance, and communities both on and offline which celebrate their quirkiness. The results being, that many are just as comfortable in the weight room as the science lab, and members of the opposite sex are keenly beginning to take notice.

I've never been a fan of Superman. As a child reading his books, I often found myself rooting for Lex Luthor; not because of the maniacal characterization for which he was so often portrayed, but because I felt that the extraordinary powers which Superman possessed was too irresistible a challenge for Luthor's brilliant mind to refuse (thus producing his psychosis). I also wondered that Superman's good-hearted disposition required a nemesis like Luthor to keep him engaged, otherwise he'd eventually grow bored with humanity's monotony and blow us all to smithereens.

Thankfully, today's versions of supermen are more of an amalgam of Clark Kent and Kal El, with a dash of Nietzsche's ubermensch thrown in for good measure. Assuredly, we may not be able to leap tall buildings in a single bound, but hopefully, we'll leave as positive an imprint on our Daily Planet as the original Man of Steel has.

(Anthony Rhodes is the President and owner of wealth management firm The Planning Perspective www.theplanningperspective.com)