March 31, 2017
Determining Whether a Robo Advisor Should Replace Your Financial Advisor 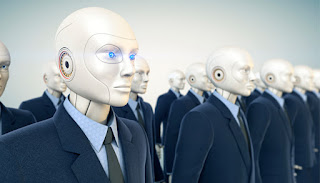 Technology is a wonderful thing. It has imbued us with the ability to traverse both distant planets and the microscopic worlds which reside within our bodies, and I personally would be lost without my trusty iPod, which allows me to seamlessly navigate the catalogues of Vivaldi, Telemann and Corelli with a few clicks of a button. So, the notion of that very same technology someday wresting me from some of my duties as a financial advisor, is sadly, a reality that I must ultimately accept. The truth of the matter is that most of our occupations will one day succumb to technological advances, and mine is no exception, though, admittedly…I don't plan to go gentle into that good night.

Yes, there are now robotic alternatives to financial advisors; complete with algorithms which are designed to statistically align your portfolio to the ideal allocation based on historical data. But can these "Robo Advisors" account for the very important human element which contributes to such a large percentage of a clients' portfolio growth? This week, we'll attempt to answer this question in detail, as we discover together, that managing assets is not just the resulting conclusion of mathematically processed data, but requires a component, which as of yet is beyond the capabilities of our robotic counterparts, one which can only be performed by those of us with the intuition to know the difference.

Talk to any successful financial advisor, and he or she will be able to point to incredulous moments when they relied on "gut instinct" to guide them to either buy or sell a particular security. Many of these instances ran contrary to the resulting evidence of the time, and required an understanding which is best described as non-quantifiable, even though they all were able to recognize them when they occurred. I can recall listening to a conference call where the inflection of a CEO's voice correctly gave me reason to question the company's future earnings. Others may describe ominous sensations which prompted them to sell a particular stock just prior to it heading south. My point is that these portentous events are the direct result of actually being human, and shall therefore be forever exclusively amongst the benefits of being so. No sophisticated algorithm or artificial intelligence will ever be able to produce these results, and provides us with an advantage which, in my opinion, those who were not naturally endowed with such abilities, will never overcome.

It is true that earnings are the primary driver of stock movement, but earnings alone are not sole reason why they do so. The stock market is a dynamic environment, and as such, has many different competing factors which ultimately contributes to its rises and falls. For this reason, developing an algorithm which uses predictive earnings as a basis for stock selection, only provides the user with a portion of the puzzle, and leaves out one important factor which can render all such analysis moot: that of gossip. One of the long-standing credos amongst investment professionals is to buy on the rumor, and sell on the news. This doctrine has maintained such staying power primarily because it taps into our human propensity to communicate with one another; be it regarding rumor, speculation or other forms of gossip. Gossip, my dear friends, can move the stock market just as often as earnings do. In fact, I can recall many instances in which a mere rumor that the F.R.B. would raise or lower interest rates, caused the market to swoon quite dramatically in one way or the other. As long as human beings continue to participate in gossip, we will maintain a selective advantage amongst our mechanical peers, and is yet another reason why replacing your advisor with a robotic doppelganger, should be given the intense scrutiny that it deserves.

Now, I admit to being a bit biased when it comes to this weeks' theme. This matter is deeply personal to me, and despite my attempts at objectivity, I do find myself leaning towards the status quo regarding the question being proposed. But that does not mean that I am wrong, or that my analysis is not deserving of consideration. It merely proves the basis for my argument; that I am only human, complete with prejudiced opinions both good and bad, but, that I have the ability to recognize the difference, which is a conclusion that, as of now at least, no robo advisor can arrive at. 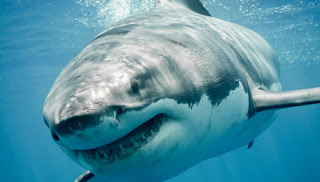 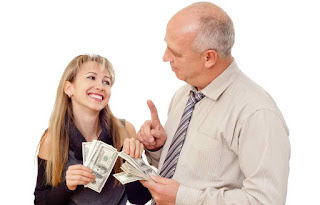