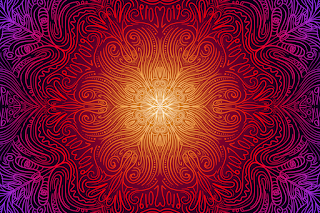 If there is a single flaw which can be directly attributed to nature, it would be that she is notoriously repetitive. Throughout the grand cosmos which encompasses the magnificence of her creativity and diversification, it appears that the underlying threads within this fabric is woven with an infinite cycle entrenched, and that its redundancies reign supreme on both the macro and microscopic levels of this celestial tapestry.

The recognition of this truth is perhaps the primary reason why I was both drawn to, and excelled at, the stock market. For the entirety of my life, I've always possessed this uncanny ability to notice patterns where others saw disarray, and its palpitations provided an ideal environment by which to monetarily exploit the repetitions which unequivocally govern its entire existence.

While the fellow members of my ilk with this blessed curse (not all patterns portend good news) naturally detect these sequences, those without it can also benefit from their recognition, though with a great deal more effort. But since the rewards originating from their discovery significantly outweighs the time spent in learning to notice them, the wise would easily conclude that the venture is certainly worth pursuing.

Nature's primary pattern is the law of cause and effect. All actions have consequences, and she has made it a point to inject this mandate into every aspect of each of her physical dimensions. While seemingly appearing elementary at first glance, this recognition actually has profound implications. One maneuver which I adopted early on in portfolio management, was to imagine the scenario in reverse; visualizing the ending result which companies will eventually find themselves in, and working my way backwards to identify all the possible actions which could lead them to particular situations. This technique provided me with a somewhat prescient view of managerial decisions beforehand, and all which was required later was to wait patiently for the initial trigger to materialize.

Business, like all other constructs of nature, has a particular cycle to which it is beholden to, and therefore, must uniformly follow. Its rhythmic expansion and receding repetitions occur just as naturally and assuredly as the ebbing and flowing cycles of tidal forces does, which makes it exceedingly prone to exploitation. This flaw, however, is only truly maximized by those with a disciplined temperament, as the recognition of the particular period within the cycle, is best identified when viewing it from afar. This is the chief explanation for why some individuals seem to mysteriously cash out of the market just prior to a crash taking place (not all of it is pure luck), and stresses just how important it is to make the spotlighting of these patterns a significant priority.

Perhaps 'flaw' is too harsh a word to use when describing nature's predilection for repetition. After all, once a particular method is proven successful, it only makes sense to integrate the tactic into other areas in an attempt to replicate its success, a strategy which nature has mastered to perfection.

But regardless of their triumphs, there's no denying that patterns, by sheer definition, follow a particular, defined sequence. And that by studying their histories, one can be provided with a considerable advantage into realizing what their next steps will inevitably be.

(Anthony Rhodes is the President and owner of wealth management firm The Planning Perspective www.theplanningperspective.com.)