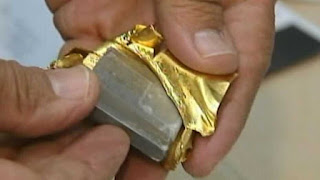 There are fewer items more enticing for an investor than the prospect of purchasing an underperforming stock just prior to it dramatically moving towards the upside. Discovery of these “hidden gems” are the stuff of legend, and can instantly catapult an average or dreary portfolio to astronomical heights, while placing a vainglorious feather in the cap of the investor that discovered it, in the process.

The search for these incognito treasures can encompass the full spectrum of the market, ranging from small cap to large, growth stocks to income, and all sectors in between. Truthfully, it is this elusiveness that makes their discovery such a difficult goal to attain, and contributes overwhelmingly to their eventual finding being such a point of boisterous jubilation.

However, during this pursuit, we can sometimes be deceived into believing that certain stocks, which look and act like these gems, are identical to them, when in fact, they are nothing more than their exact opposites.

These “money trap” stocks will be our topic for this week, as I explain how to differentiate the genuine from the counterfeit, and protect your portfolio from the consequences created by their deceptive appearances. At our finale, you will hopefully learn the same valuable lesson which dumbfounded the nugget prospectors of the Old West, and eventually reduced their livelihood to financially ruinous outcomes, and sometimes, even suicidal ends. I am, of course, speaking of the age old lesson that all that glitters is not gold.

The Alluring Shimmer of the Blue Chip

Of all the stocks likely to tempt an investor into taking a gamble on a future upswing, none are more compelling than blue chips. These large, household names have a long history of reliable growth, and can prove simply irresistible to some, as they view their underperformance as a temporary ordeal, and undoubtedly certain to take a positive turn for the better. It is this logic which makes their situation paradoxical; how can such a large company trade at such a competitive discount to the overall market? The answer lies in this simple idiom: while the stock market exists in the present, its prices are generally reflective of the future. When blue chip stocks trade at a discount, analysts have deemed that the company’s future earnings are likely to
be sub-par, and that its current price is more indicative of the earnings which it is likely to produce. The overriding lesson being presented here is simply to always beware of the underperforming blue chip that entices you with future promises of golden returns.

The Little Nugget That Could

The opposite of this spectrum includes taking a bet on the small, under covered penny stock, whose focus is a relatively obscure section of a certain field. We’ve all heard grandiose stories about the once unknown company which catapulted to prominence, and these tales stoke the flames that we, too, can produce similar results, if we simply find the ideal candidate, at the correct time. Oddly missing in these stories, of course, are the untold number of investors who lost millions of dollars chasing the other penny stocks, over the same period of time, which fizzled into oblivion, and left them licking their proverbial wounds in the aftermath. There’s a good reason why penny stocks are categorized as such, and finding that one winner amongst a sea of failures is tantamount to winning the lottery. I understand that the risk/reward ratio lies in favor of the investor, but those monies could be much better spent on other candidates with cleaner balance sheets, and much clearer paths to success.

Both within the stock market and beyond it, whenever we go in pursuit of life’s treasures, we also run the risk of finding ourselves deceived by imitations of the authentic. Our desire to seek the rewards which provide our lives with joy and meaning, exposes us to falsities which can thwart our powers of observation, and trick us into believing that they are, indeed, the prize which we have sought all along.

These hollow illusions will succeed in their task, only if we refuse to look beneath the veneer of the spurious images on which they project. For when we do, their fragile disguises are finally exposed to the light of day, and we can then confidently marshal on in pursuit of the genuine article. 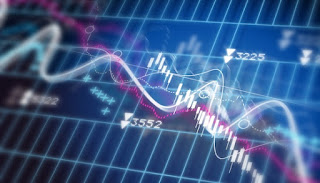