May 09, 2017
Why Investors Should Be Wary of Those Who Predict Future Technologies 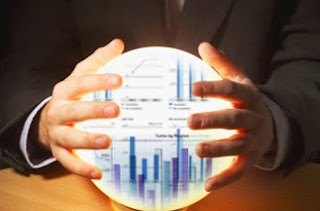 Not too long ago, I found myself reading an old science magazine, which included commentary by experts who were heralding technologies which would have a significant impact on their future lives. The text was ostentatiously bold, with highlighted quotes which denoted a sense of certainty towards their predictions, and being a bit curious, I diligently studied the manuscript, in hopes of discovering just how many of their forecasts eventually came true. Not surprisingly, most of their expectations failed to materialize, but to be fair, some of their soothsaying did actually bear fruit. Mechanical beasts of burden did eventually replace their organic equivalents in the production of agriculture, and prosthetics did advance beyond simple wooden attachments, but the certainty of flying cars is yet to arrive, and the tech which was supposed to allow them to colonize the moon in their lifetime, turned out to be more science fiction than (ahem) science fact.

Now granted, the magazine did predate the Information Age, where life centered around the Internet provides us with a somewhat predictable roadmap regarding future innovations. But there was an eerie similarity to statements which are in use by today's prophetic experts, when they describe the upcoming technologies which are supposed to have an equally significant impact on our future selves. This week, we'll discuss the dangers which are associated with forecasting future technologies. I'll also point out the equally hazardous effects which occurs, when we adjoin such advancements with corporations which are supposedly ideally suited to benefit from their adoption, only to later discover, that the future is a bit further off than we originally imagined.

One need not go too far back to see the ramifications of incorrectly predicting future technologies. Back in the late 90's tech IPO's were all the rage, and we in the investing community were inundated with claims by companies who would transform the way we did just about everything. Fast forward to today, and the vast majority of those entities no longer exist. Long gone are the hordes of dot com names which came with such applause and fanfare, but in their absence, they did impart upon us some valuable lessons on just how murky the waters of prediction turns out to be. An analysis of the past reveals that the path to the future more often zigzags than moves in a straight line. A technology which is in use today can spawn a plethora of ideas which, in turn, seed still others, which matriculate into different industries, sectors and products. This truth makes it difficult to pinpoint exactly which technologies will ultimately either arrive or survive, and highlights the caution which should be associated with those claiming to be able to inform us of the next generations' winners or losers.

The nature of technology is to improve upon itself, and as such, innovators must always be aware of those who would cause their discoveries to become obsolete. History is littered with examples of technologies which were supposed to revolutionize our lives in one way or the other, only to be later shown the door when some wizard toiling away in a workshop, came up with a more efficient method of doing so. This makes predicting future technologies a hit or miss proposition at best, and calls into question the integrity of those who purport mastery over the ability to do it. Just as Edison's direct current gave way to Tesla's alternating type, today's staple technologies will inevitably be replaced by others, in ways which we can neither predict nor imagine.

Speculation is an integral component of investing. As both investors, and those who manage investments, we all speculate on the future health and viability of various corporations, with our investing capital weighing in the balance. But there's a vast difference between speculation and prediction; one being a possibility, and the other, a supposed certainty. And while the market provides built in protections for our speculations when they don't perform as planned, as for our predictions, no such luxury exists.


When I first began my training as a financial advisor, I followed all of the customary routs.
After enduring the customary Wall Street firm's hazing routines, and receiving the licenses
required to become a newly-minted professional, I then took the step of subscribing to all of the obligatory industry papers and magazines, and devoured just about every book that I could find regarding the subject matter.

This strategy seemed successful, as I soon became one of the more productive advisors in the region. But as I began to evaluate the true nature of that success, I arrived at the surp… 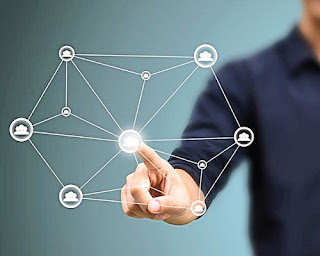 How Identifying Economic Links can Prove Rewarding for Your Portfolio

As intelligent readers of How To Invest, I’m sure that you are all familiar with the phenomenon known as TheButterfly Effect: an understanding that seemingly insignificant details can have serious and dramatic influence on complex systems. This comprehension reflects itself more broadly in the sayings “An apple a day keeps the doctor away”, or “An ounce of prevention beats a pound of cure”, but the premise behind these catchphrases are all identical, in that they describe an undeniable connection between causes and effects, be it in matters of science, or health, and believe it or not, in matters of economics, as well.
Interpreting the economic consequences of this dynamic, and converting it into worthwhile investment opportunities, is one of the characteristics which distinguishes great portfolio managers, from good ones. Just about anyone can deduce that an accident at a prominent oil refinery will …