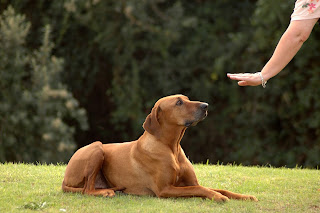 
Preparing for retirement is one of the most important tasks that we will ever undertake. We all understand that accumulating monies to sustain us for possibly 20 or more years is no small feat, and doing so without the aid of a pension makes the matter even more challenging, indeed. But before we begin focusing entirely on the inherent difficulties which confront our golden years, there are some steps which we can take during the here and now to make their arrival a bit more welcoming. Simple measures, such as maintaining employment, or maximizing your contributions might not sound particularly exciting, but the discipline required to do so over a series of decades, is what separates those who can eat French cuisine during retirement, from those who have to settle for plain old French fries.

Believe it or not, a successful retirement isn't determined by how much money you make during your working career. In fact, there are many examples of individuals who had mediocre incomes during employment, but who live the high life upon retirement. How did they accomplish such a feat? Well, many of these individuals prepared for their eventual retirement through a series of incremental steps; with the most important of these being the handling of what I call the "Dog Days" of pre-retirement. These are the periods in our working years in which one or two critical decisions made during momentary lapses, ultimately determine the condition of our retirement

Sit Still During Your 40's

By the time we reach our 40's, most of us are firmly rooted within our occupations. We've overcome those tumultuous periods of our lives where we moved from job to job, and should feel quite secure with our vocational prospects for the future. However, these years also provide the potential for disaster; as they occupy that period in which we officially become adults, and must finally bid farewell to our beloved childhood. For some of us, this transition is far easier said than done. The first of the Dog Days include resisting the temptation to extend our youth, by moving from a secure and established occupation, to one that includes more risk. This happens when we refuse to acknowledge the fact that we are getting older, and in an attempt to mimic a younger demographic, abandon the comfort of security for the excitement of potentiality. Such an act could prove disastrous for your retirement. The unquestioned secret to a successful retirement is continuity of employment. When you swap safety for exhilaration, you may temporarily satisfy your inner child, but you also run the very high risk of finding yourself unemployed shortly thereafter.

Stay Focused During Your 50's

In our 50's, it's easy to become distracted by life's other necessities and forget to contribute to all retirement plans for which we qualify. This includes not just maximizing the contributions to your 401(k), 403(b) or other employer sponsored plan, but to do so with a traditional or Roth IRA, as well. This is the time in which you need to approach your pre-retirement with a heightened degree of focus; as your working years are nearing their conclusion, and retirement is inching ever closer. But many individuals make the mistake of assuming that the monies being deposited in their regular plan will be more than enough to sustain them throughout their retirement years. This also has the potential for disaster. Due to healthier lifestyles, medicinal advances and other factors, we are potentially living multiple years longer than our predecessors. This means that our retirement funds will need to last longer, as well. With the power of compound interest working in your favor, the monies invested in your supplemental plans should help extend the duration of your retirement proceeds. After all, there's little advantage to living into your 80's, 90's or beyond, if your funds aren't ample enough to do the same.

Rollover You Assets During Your 60's