Avoiding Mistakes That Could Ruin Your Investment Club 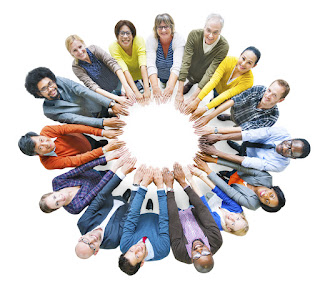 Pooling your resources, meeting together and hopefully making a little money in the process; these are some of the attractions of having an investment club. There are investment clubs for friends, co-workers, neighborhoods and others, but despite their varying differences, they all share a similar and familiar theme: associating like-minded individuals together for the purpose of growing an investment portfolio. While having an investment club can prove rewarding in many different ways, it can also be wrought with many potential dangers. Most groups rarely, if ever think of the pitfalls when developing their club, and as a result, may not be able to maximize its full potential, and many, unfortunately dissolve mere months after their formation.

The particulars involved in organizing a successful investment club are task-worthy within themselves, but when you add to that mix the less obvious matters (those which require nuance and subtlety), becomes even more daunting. So this week, we’re going to take a look at the ways in which you can make your investment club stand out from the pack. I’ll also attempt to prevent you from making the consistently disastrous mistakes that have caused investment clubs aplenty, to close their doors for good.

Let’s face it, investing can be a bit esoteric, and over time can cause non-professionals to fall victim to its perceived ennui (especially when the portfolio isn’t performing very well). This particular strain may not reveal itself early on within your investment club, and as such, can lie dormant and show little proof of its existence. It’s only when your members begin showing up less and less frequently at meetings that you begin to recognize it as a culprit, but unfortunately, by then, it may be too late. Avoid placing your club in this predicament by making your meetings more than just a sit-down to discuss investments, but a social gathering; where you discuss any number of items in addition to this topic. Perhaps beginning with more lively areas of interest, such as sports or entertainment, and then ease into your investments once full participation is at its peak. This approach will allow you to fend off this potentiality for boredom, and should ensure that interest in your club remains high.

Just because someone is willing to join your club and contribute to its portfolio, doesn’t necessarily mean that he or she understands the investments held within it. Due to shame or peer pressure, some individuals may dishonestly profess their knowledge simply to be a member of the pack, and as long as the portfolio continues to grow, may remain silent on such issues. However, once the portfolio begins to repetitiously lose value, such a person might seek not only to abandon the club, but to recoup the monies he or she invested, on the grounds that they were “in the dark” regarding its holdings. If it’s later proven that the individual did not, in fact, understand the investments, you and the remaining members of your club may prove to be liable, and unfortunately, subject to legal proceedings. This situation can be avoided by simply providing investment education material to all members during your meetings, regardless of their means or sophistication. It might also be a pretty good idea to suggest investment education blogs, or hosting seminars with investment professionals, in order to ensure credibility. In today’s litigious environment, taking someone’s word regarding their investment knowledge isn’t enough to safeguard the well-being of your investment club. But being proactive and preparing for unlikely but possible eventualities goes a long way towards doing so.

Any endeavor which provides the potential for gain, inherently involves risk, and that applies to our social interactions, as well. Our investment clubs are not merely a mechanism through which we invest, but an organism; complete with personalities and attitudes, some of which that remain unseen. A successful club entails not just the ultimate performance of your investments, but that this truth is understood and managed. And if not, you may shortly come to realize that you are the proud member…of a club of one.