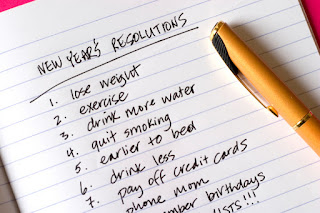 Out with the old, in with the new. Such is the mandate during the changing of the year, and many of us prescribe to it by beginning January determined to absolve ourselves of the perceived shortcomings, which adversely affected our potential during the previous year. Now for most of us, these deficiencies are cosmetic, i.e. we’d like to either gain muscle or lose weight, and in doing so should become more attractive, more productive, and best of all…better stewards to our financial affairs. I am of course being facetious, but my point is that we all too often focus our attention on physical improvements when devising our resolutions for the New Year, when in fact, if we seriously wanted to address the issues, which had the most impact on our lives, we’d likely look at the ways in which we managed or mismanaged our personal income over the past year, and the development of means to become more proficient in this area should realistically head the list of any hopeful resolutions.

So this week, we’ll take a look at some worthwhile recommendations, which should help reshape your monetary figures for the New Year. With the purpose of course, of making this year, one in which our usual narcissistic resolutions of toning up, buffing up or slimming down, takes a back seat to the equally impressive beauty of increasing our savings, reducing our debt and overall becoming more ‘fiscally’ fit.

Now that we’ve gotten over our post holiday shopping and are well into the throes of the New Year, I can think of no better time than the present to begin using a budget to help shed off that unwanted fiscal fat created during last months’ binge of spontaneous purchases. Due to lack of planning during the Holiday season, many of us found ourselves rushing to add last minute gifts for those whom we had forgotten, and spending far more than we had anticipated while doing so. This is one of the reasons why having a budget is so important. Simply put, when you have one, you spend only what you had planned for, and without one, you wind up spending considerably more. To resist the temptation to overspend, a budget is perhaps the best financial tool that you and your family can employ, and as a result, should find its way to the very top of your list of healthy monetary resolutions.

One thing that you’ll notice immediately after beginning your budget is the amazing amount of money, which is simply wasted on items you normally would never even think about. Between that morning trip to Starbucks and those last minute Chinese take-outs, an average American could easily blow over $100 per month on such items, and most would be done without giving it a second thought, either. A wiser choice would be to use those monies, and all of your supplemental income (i.e. bonuses, tax return checks etc.) to begin a non-qualified investment account to better prepare for the future. With defined benefit plans quickly becoming a thing of the past, and salary increases barely keeping pace with inflation, this action will most certainly be appreciated down the road, and should also make the short list of resolutions for the New Year.

Now this post is by no means meant to downplay the obesity crisis which has gripped our nation, or to imply that someone ought to replace our handling of it as the primary goal to pursue at the advent of the New Year. Such implications would marginalize an issue which is dangerously moving towards critical mass, and for those suffering from this epidemic, I offer my sincerest support as you deal with this ever increasing issue. It is, however, intended to point out that in our quest to outline within our list of customary annual improvements, we do not abandon those other important issues which can have an equally significant impact on our lives. And that by failing to do so, we may accomplish the goal of getting our physical body in shape, but that our fiscal body’s health, may be a completely other matter, indeed.


When I first began my training as a financial advisor, I followed all of the customary routs.
After enduring the customary Wall Street firm's hazing routines, and receiving the licenses
required to become a newly-minted professional, I then took the step of subscribing to all of the obligatory industry papers and magazines, and devoured just about every book that I could find regarding the subject matter.

This strategy seemed successful, as I soon became one of the more productive advisors in the region. But as I began to evaluate the true nature of that success, I arrived at the surp… 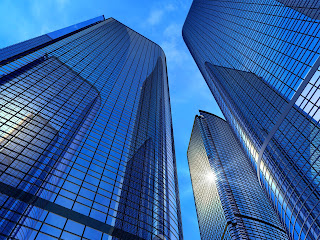 How The Value of The Dollar Effects Your Portfolio


By Anthony Rhodes
One of the great advantages of the stock market is that it allows us to view the entire growth cycle of companies. We can peer, as they transform from small cap hopeful, to mid cap titan, to large cap behemoth. Along the way, some of these companies (for reasons involving competition, necessity or opportunity) become multi-nationals, and expand their offerings around the world. When this takes place, such corporations no longer have to concern themselves simply with the day-to-day challenges of growing and maintaining their businesses, but must also face another reality; one which can have a certain and definitive effect on their bottom line.
Those investors who own multi-national stocks may marvel at the advantages which are inherent among these giants, such as lower competition, greater resources and higher visibility, but the important matter of just how valuable the U.S. currency is at any particular time, may elud…